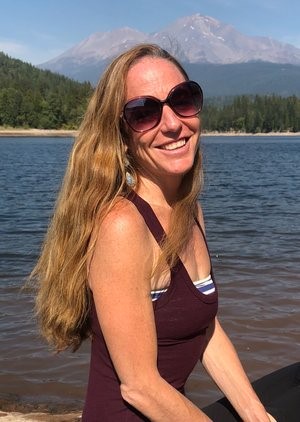 There is no doubt that this time, this moment, will be remembered for a long time. The dimension of what is happening is very difficult to grasp and understand with the five senses and our common or physical mind.

We are before an event of dimensional collapse on a scale similar to the crossing of the Red Sea by the Hebrews, where an era was closed and another era began that has accompanied us until now. We could call it for Westerners, like the Abrahamic cycle, for example.

Perhaps we have to go back to the Flood to conceive the inconceivable, a change of era that occurs every 12,000 years, or perhaps it is even more transcendental.

Among the people within our reach who can shed light on this situation is Lorie Ladd, whom we will introduce next.

As all her material is in English, we have agreed with her to make partial translations of her written and audiovisual material that will allow us to present her very clear explanations.

As there is no pre-established order in her material, we will choose an approach that we think is good, without knowing if it is the best.

After the presentation of Lorie Ladd a YouTube link is added from one of her videos that we think is a good beginning to start getting to know her.

Presentation of Lorie Ladd from her web page

Lorie is a bridge between you and your Family of Light, the Beings who support you behind the scenes. She is a dimensional translator who provides messages from the higher dimensional realms to help you through your courageous ascension.

Through her communication, channeled directly with the Beings of Light, Lorie helps you remember your Soul’s Purpose, activating the innate gifts within you and connecting you to your multidimensional Self.

Lorie knew as early as age 13 that she was here to help humanity during ascension. It wasn’t until 1995, while at a workshop on Mount Shasta, California (USA) that she was introduced to Telos, the city of Lemuria inside Mount Shasta, and met Adama, High Priest of Telos. It was during this workshop that her was shown her role in the ascension. She was here to introduce humanity to their cosmic soul families; essentially closing the gap between dimensions.

It took her 23 years to commit to her purpose and begin working with these Beings of Light. On September 27, 2015, she participated in an initiation day for the ascension on Mount Shasta. It was during this journey that Lorie fully committed to her mission. She quit her corporate job 8 months later and began working closely with the Star Beings and the Lemurians.

Today Lorie dedicates her life to helping humanity in this planetary shift. She is honored to walk alongside all of you and feels honored to be able to reconnect you with her beautiful family of Souls who are patiently waiting for you.

We propose then to the friends of ACC Magazine, to see this first video of the many that we will be offering periodically. For the first time, Lorie Ladd’s broadcasts were translated into Spanish and therefore accessible to the Spanish-speaking world. By the following link we are launching the first Lorie Ladd video with Spanish subtitles:

First transmission of Lorie Ladd with subtitles in Spanish

THE HARMONIC CONVERGENCE – ITS ROLE IN YOUR NOW

Medtiations of the New Vision: 5 – Evolution of consciousness and the community