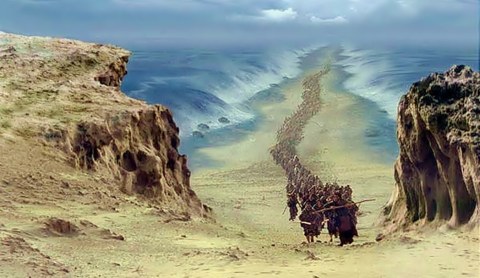 From that distant scenario monotheist Akhenaten Egypt, led by priests atonianos (the Aton God), a question arises that is projected upon humanity to the present: What were the connections of these atonianos with the Hebrew Exodus?
To try to decipher this linkage, it is interesting to attend the work of Sigmund Freud, who proposed a hypothesis that devoured the last part of his life, entitled “Moses and Monotheism”
For Freud, Moses is a follower … but not necessarily Jewish, a fact that brings into play the same sacred history, as the eminent psychiatrist incorporates it as an Egyptian who sees the Jewish people settled in Egypt, a special connection with Akhenaten .
Thus, for Freud, this biblical Moses is an Egyptian who had participated in the process of Akhenaten, with all their monotheistic movement, and resolves to support the Jews in his game.
The position being revolutionary, has not been rebutted by the Jewish world, despite the political weight of Israel in the world.
More so when Freud particularly clear that Moses was based on an Egyptian religion, not everyone knows full of gods but did so from monotheistic worship of Aten proposed by Pharaoh Akhenaten.
When the eighteenth Egyptian dynasty falls, that involving Akhenaten, Tutankhamun and Horemheb, a documentary vacuum over that period, where Freud sees precisely this so-called “first Egyptian connection” occurs. That would be the time of the Exodus, sung in the Bible.
At that point, then, the legend, where the route of the Hebrews would go through Ethiopia, from which the law of Moses, Jethro, being governor even before leaving the Exodus is inserted.
Strange but since then tell you the same Ark of the Covenant remain in custody for subsequent millennia in the African country.
In conclusion, the historical revisionism which looks back with higher than scientific eyes, begins to discover that in thinking Akhenaten, an Egyptian, and that of Moses, a Hebrew, are perhaps the key unit of the races and understanding of Universe.

Find a grave desecrated by supporters of Pharaoh Akhenaten