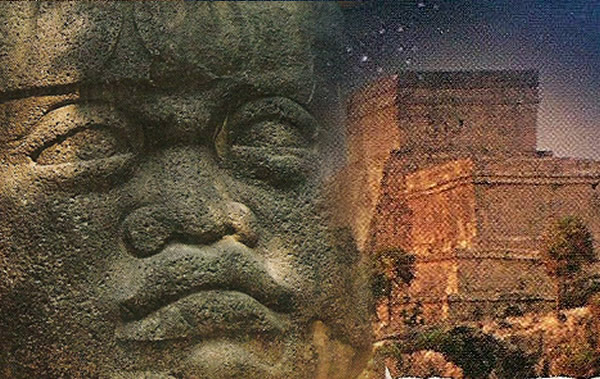 The title of the book suggests its content and it is enough to catch the attention of avid reader of this kind of material to discuss the origin of the universe and of Civilizations from a different perspective.
Indeed, “The Forbidden History” is a collection of the writer and editor Douglas Kenyon containing 42 tests conducted by 17 leading thinkers in the fields of Science and alternative History. Names like Christopher Dunn, Frank Joseph, Will Hart, Rand Flem-Ath, and Moira Timms, among others are present in the book.
The topics are as varied as imagination can propose. From the first issue addressed, the work becomes exciting with the discussion on the validity of Darwinism.
The evolution of species proposed by Charles Darwin assumed for himself a theory that has still dark spots, “abominable mystery” as he called them. In the play, it is accused of simplistic.
So what happened? When did mystery events occurred leaded by beings who we have no memory? Are the “Lost Civilizations” that would be perhaps the real missing link?
Immediately afterwards, it is discussed the possibility of a scientific disguise or “knowledge filter” and other ways to manipulate the academic texts used by the Western civilization.
So, the first challenge to the opening of consciousness arises with the geologist Robert Schoch, precursor trace over conventional knowledge about Natural History, one of the first to support doubts about the true age of the buildings in Egypt, for example.
Perhaps it was not the sand which wore down the Sphinx, but the water, during climate change … or a great cataclysm.
After all, Platon would be right about his arguments presented on the existence of Atlantis, for example.
Then, was there a cataclysm about 9500 B.C.? Was it the “Great Flood”?
Thus, the work enters the doubt on biblical myths suggesting the involvement of “other gods” who would come to argue that there is a hidden meaning in ancient mythology.
Precisely, if the scientists are right, myths and ancient symbols would then be a key to a broad and holistic understanding of History and the Physical Universe.
A turn to the East
The dating of the new discoveries in the Gulf of Cambay disrupts the orthodox assumptions about the dawn of civilization because, although our planet has three quarters of its length covered with water, we know more about the surface of Venus than on what which is under the sea.
So, then as things arise in this collection of writings, finding evidence of an advanced prehistoric civilization yields new information and generates a warning about everything so far has been considered a “revealed truth” theories certified scientific.
Why it’s worth considering the validity of a “Forbidden History”?
In the longer referred to as Anthropocene Era, when man seems to have discovered everything, have degraded the planet and put it in danger, however, the true story about the origin of all is a specific elucidation.
Paradoxically, in the mystery of the things that are not yet known, seem to be hidden the only truths.