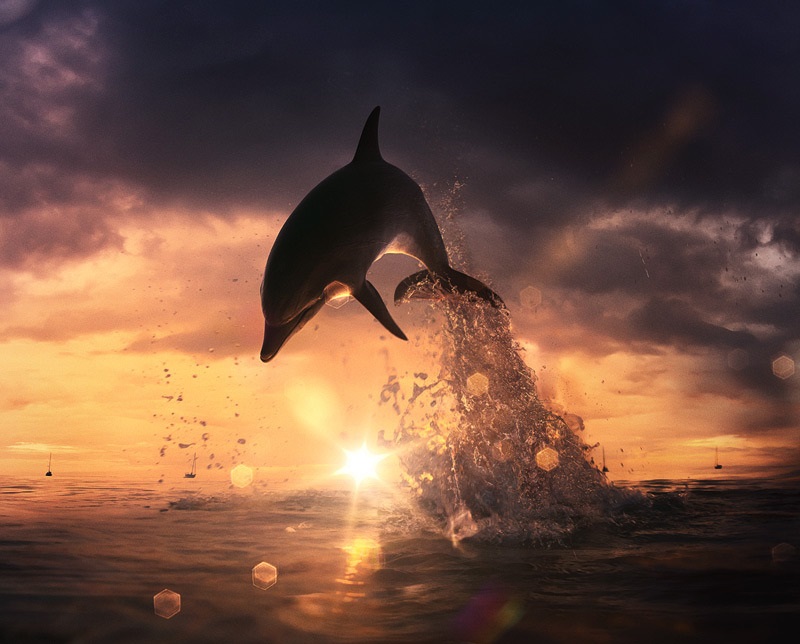 That blue speck in the Milky Way, even less than that in the known universe, had been chosen to house a stage of development of UNIVERSAL CONSCIENCE.

The regents of SIRIO, had already chosen the place, although very small and marginal or maybe that’s why it was the ideal for this test never tried.

Impossible to determine the moment of the decision in a calendar understandable to the human mind, but we can refer diffusely to eons, to something similar to the half of the cycle of LIFE that GAIA (the Earth) leads as Planet of the Solar System. Thousands of monads (1) were enrolled by their own will to develop when the time was right on the Blue Planet. Not only, but strange planet and above all very far from the Pleiades, and the Central Sun and all advanced central areas of the Universe, particularly the Milky Way.

Much later, and from another star whose name coincides with that of the planet (VENUS) several tasks were prepared that should be executed hundreds of thousands, if not millions of years later. Sanat Kumara (2) was in charge of this stage preparation and execution, for when life emerged from the sea. From a very wide biological range, which goes from the creation of wheat in the vegetable world, to that of bees in the animal kingdom.

Everything had blue prints in Divine Plan. Nothing was left to chance, although the Fifth Race would have free will, an experiment definitely new for an extremely peripheral planet, which also reduced the space-time risk significantly and therefore also chosen. The first, second and third race, totally unknown to current science and of which there are no traces that can still be found, although there are but will appear perceptible to the five human senses at the right time, disappeared a long time ago. In many places on the planet, especially on the seabed and in the mountains, there is much, much more than what society including science can suppose or imagine.

The Fourth Race or Atlantean had been the predestined, but as it usually or at least can happen in the future, something happened.

The everlasting struggle between LIGHT and SHADOW was going to play a tragic role, not because of the evil of the Shadow, since that condition does not exist, but it is only a reflection of the bipolar condition of any incarnated race with individual conscience, but because free will would leave open the crack where the inner darkness of beings could take enough energetic materiality as being able to be reflected in some plane of the reality of the 3rd dimension, to which it is impossible to escape in physical condition, at least as we know it and conceive it.
The Ocean devoured the individual Crystal codes of each one lived in Atrantida, but everything was registered.

Long before it happened, it could be known that the fall of the fourth race would be inevitable, which in the vibrational planes of the highest octaves and very high dimensions occurs far in advance of a linear measurement of time, since time is associated with the vibratory level of each dimension and lacking a complete pore of a single, or absolute, value. At that time, perhaps the greatest challenge appeared.

The issue to be resolved that challenged even the creativity and wisdom of the Ascended Masters was like holding the consciousness achieved in the absence of a race sufficiently evolved physically, as to contain it, at the same time in a way not contaminated by the internal struggle of the atlantean duality , and also in an effective and viable way. Of course all this happened in a geography where the continents sank in the seas, which existed from more than a billion years ago.

Finally Mr. Sirius had to intervene with a creative act of his divinity and wisdom. We had to prepare new ways of life. Mammal aquatic beings. Challenge never faced, not on this planet but also in all the rest of that region of the Milky Way at least.

The energetic bodies of the dolphins were prepared in the likeness of what humans would be, to replace the Atlanteans as the 5th race after what would be their inevitable disappearance, for their evident and own failure. From then on they would live in the sea the necessary time to lodge the consciousness in its same degree of evolution until there were bodies of sufficient quality to house it.

Hence, its similarity in terms of its energetic heart and its physical brain, as well as its mammalian condition and hence pulmonary respiration, was indispensable. Since in the marine world there is no duality, because there are no animals (3) with individual consciousness (as is the case in general with all the species of the animal kingdom that although it has an energetic and physical body they lack the mental body). So they would hold the connection with the celestial, while the same connection task would be reserved for the whales, but with the energy of Mother Earth.

And they had to be mammals and lung breathing and not gill like the rest of the inhabitants of the sea, excluding the whales that -as we said- are part of the same creative act, but that carry another usefulness in the Plan, because the breath is the only one channel that the living bodies have to connect individually with the Consciousness of the Source. All breathing is the primary source of life in evolved organisms. And also of the energy “prana” (4) that feeds life.
Just think that a human can be without eating months, without drinking only a few days and not breathing just a few minutes.

Thus, as the disappearance of Atlantis and its inhabitants, corrupted in an already insurmountable way, opened the door to the possibility of the Human Race, and to the dolphins as excluding carriers of the consciousness already acquired for this physical dimension.

But they also reserved another transcendental role, since nothing would be left of the Atlanteans, although it is said that some, who had not been reached by the shadow, could flee and are still somewhere far away or at least unattainable for us.

They would be the ones in charge, being inhabitants of the sea, but at the same time mammals, of inhabiting in a slow evolutionary process of several hundred million years the mainland. The basic anatomical structure of the Dolphin, was mutating in hundreds of thousands of years, until emerging on the banks as amphibians and then populating the earth. Many hundreds of thousands of years ago the Dolphins are carriers and officiate with their great psychic connection with the Collective Mind. In a patient and sacrificial waiting for humanity to reach a level of inner evolution sufficient for the transfer, which in many cases has already occurred and is happening before our eyes that do not see it. We all know that dolphins love women and men. That a human being fell into the sea, the dolphins defend him from sharks for example, forming a circle of protection, a sacred ring, part of his role, without speculating that the race they defend is their biggest and most wild predator. Maybe that’s why it is. That human dual trait, which often makes us attempt against our own solution and salvation.

But the time has come, very clearly in the twentieth century and continues to develop and deploy at great speed so far in the XXI, in a time that was given by dispensation and because it is still considered that the alternative of the 5th race is a viable, perhaps the last of the blue speck to enter in the state of Ascension, to lose the density that at this moment suffocates it and threatens to finish it, at least with the form we know it, since NATURE will survive us, but the celestial consciousness will lose connection, and Gaia will be guarding the earth, which can hardly reconnect again if we fail as our predecessors did.

(1) Despite some diversity of interpretation, in several spiritual disciplines a MONADA refers to a group of souls that emerged from the Universe at the same moment. In the evolution of the ages these groups remain quite stable and reincarnate with diverse and changing roles, either family position, or friendship or relationship system and even changing gender. The author uses it here in this sense.
(2) Sanat Kumara, eight million years before this era had sacrificed all his eternal welfare, to embark on the herculean task of creating that environment and at the same time to sustain the human race, generating the energy environment while sustaining it for this school. Only its importance in the highest levels of the Galactic Federation allowed its self-assigned task to be granted. And the times were running out, and although the advance had been a lot, since important waivers had been achieved to skip steps, ascension percentages, and other variables such as to save the whole of a case – against – safe end.

Sanat Kumara is an Ascended Master who is also called within Hinduism: the son of Shiva, Parvati, Skanda or Karttikeya, king of wisdom and learning, god of war and commander in chief of the gods or of the divine army of the same. It is also the planetary logos and the founder of the Planetary Hierarchy. Sanat Kumara is revered as one of Brama’s sons, and he is represented holding a spear that symbolizes the illumination that serves as a tool to fight against ignorance, negative tendencies and lower minds. Sanat Kumara, who is an exalted RISHI, as you can see, is known in many ways; the Lord of the World, is another of his “nicknames”, since it is everywhere. Other terms used for their virtues, are: “The Doncel of the Sixteen Springs” or “The young man of the sixteen estios”, (it is said that sometimes has the appearance of a young man of sixteen, in addition to this figure represents the possible physical and cyclic age of the planet), Supreme Wizard of the Planet (since it is responsible for planetary evolution), Avatar of the Nine Veils and The One Initiator.

(3) Animals have a collective soul by species, and respond as it commands, shoal, or with the name applicable to each species, but its character is that it is group, then breathing is not a necessity of consciousness, that being a group and collective as the Soul, it has other connecting vehicles. And without prejudice to the fact that many animals breathe, although others do not, it is not because of the connection but because of biological considerations. In fact, somehow the plants “breathe”.
(4) Prana: Within the framework of Hinduism, the praná or prāṇa is a Sanskrit word meaning ‘inspired air’ or vital energy.

WILL WE FIND THE COLLECTIVE MEMORY?