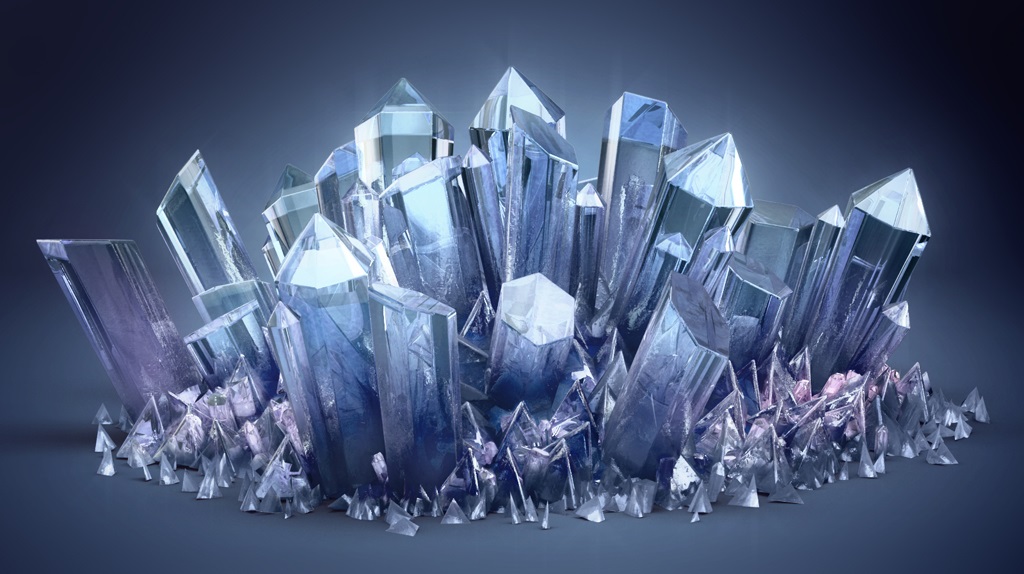 That the memory of the events and why not the thoughts and emotions of all the souls that passed through Gaia are recorded ineffably, one by one, each and every one, each being and the whole as we already assumed

Now it is a certainty. And that the Universe loses nothing, and that Gaia, the Earth would not allow us to lose a single record, is also lost.

The accumulated record is the necessary activity, although not enough for the organized construction and the support of the Consciousness. And that the Universe is fed but of Consciousness and Love ?.

But also, humans, we are responsible as individual souls but also as a whole to transmute what we could call “the trace of low or badly qualified energy” of the 4th dimension, a bit like the carbon “of the physical world. spiritual pain is in the Memory Bank of each being, and therefore affects the collective memory.Besides the illusion of duality, this is the true essence of Unity, we are all one once outside the realm of the Kingdom of the Third Dimension.

The individual wheel will continue to rotate for each one, until each being that is identified univocally by the Planet (1) -without prejudice of which physical life it is going through- finishes its task of reducing the amount of low vibration energies to zero. That is the moment in which a soul frees itself of its need to live the experience of “the teachings of the 3rd dimension” that only in this can be practiced.

And it goes without saying that as a Master of the last century used to say, whom we will call Mr. A,

As long as the last one does not go, from here none goes?.

It is a collective task, but one of individual responsibility, to ascend in its vibratory level in order not only to contribute to the ascension of humanity, but also to make it possible by reducing the density of our space-time that separates our dimension, evident from the senses, from the next the one that is also odd, such that it admits the permanent stay of La Luz, and where there is no longer any badly qualified vibrational trace.

What we kept asking ourselves in our group, small, a pack (pod in English) more, in an even bigger set, was: Are they somewhere physical? Where does El Planeta store all that information in a stable and secure way and with permanent accessibility for it?

There is no doubt that it is not available to anyone (2). And that the period of protection was very long. Because when a being incarnates, the Planet puts at its feet, exactly and unaltered as well as univocal, all the necessary memory for each experience, as well as the total that still needs to be transmuted.

Only our ineffable partners, the dolphins, could have this information in a language compatible with our brain and senses, perhaps somewhat sharpened by the extrasensory experience.
The response was as sudden as instant
Where you can not reach it to alter it … But accessible for a future no longer so distant ???. And that is: in the complex and gigantic crystal structure that lies under the waters of the sea, where Atlantis was (3), and where an integral holographic replica, in line with your life, permanently updated instantly, of each of You are there.

(1) Just as each biological being has an identity, and its DNA is the indicator of its uniqueness and individuality, unique and unrepeatable, the souls it has is also unique, that you cross as many lives and bodies as they have occupied in the past, in the present and in the future. This uniqueness and continuity is given by its crystal core, which transcends the physical world and therefore temporality and spatiality, existing impermanently in a multidimensional space. We know how difficult it is to imagine, that’s why it’s best not to think about it, but to feel it.

(2) Madame Blavatsky, was co-founder in 1875 together with Colonel H S Olcott, of the Theosophical Society, based in Adyar, in the Hindu state of Madras. Through the application of an immutable law, the spirit would descend into matter, which in turn would ascend through the spirit in an evolutionary process of return.
Helena Petrona Blavatsky (1831-1891) and her work attracted attention and controversy because she attributed the source of her information to the Mahatmas or Masters. She claimed to have studied with Mahatma Morya, whom he called the Hindu, as well as with Mahatma Koot Hoomi, in Tibet.
From that moment on he became a faithful disciple of his Master. Under His guidance he learned to control the forces to which he was subjected by reason of his exceptional nature. This driving took her through experiences of extraordinary variety within the domains of magic and occultism. He learned to receive messages from his Masters and to transmit them to his recipients, avoiding all danger and the incomprehension with which he found himself on his way.

The First Race only moved at the astral level.

The second race or Hyperborea.- It lived in the North of Asia and Arctic, was very linked to the ethereal.

The third race or Lemuria.- The MU civilization developed on a continent in the South Pacific

The fourth race The Atlanteans. – They were the first that had division by sexes, they were known by the high ones.

The fifth race is we the man.

The other two races are coming.

The psychic Edgar Cayce, famous for his predictions, completes the description of this race:
They were divided into several sub-races, the dominant one being Los Toltecas, which after the destruction of the continent in 10,000 settled in America, giving battle to the PRE-Columbian cultures. Also in Egypt where they built the pyramids 11,000 years ago.
The atlantes had a technology based on crystals as an element that produces energy and stores information. This allowed them to have ships, planes and submarines and laser guns.

These warriors called: Atlanteans, belonged to the race of the Toltecs, located in Mexico, these sculptures of almost 5 meters, carry a strange weapon, which indicates being a laser gun, although some archaeologists have mentioned that it is a common weapon, but the Previous and subsequent civilizations used arrows and clubs as weapons of war, nothing similar to what the Atlantes of Tula carry.

Atlantis is a legendary island engulfed in the PRE-antiquity. It was mentioned for the first time by Plato, in 370 before J-C, in the Timaeus and the Crythias. Today, certain people find links between this lost city and the disappearances in the Bermuda Triangle.

A civilization that has very advanced knowledge lived on this island. According to Plato, Atlantis had many natural resources, among which was a mysterious metal, the orichalcum. But the occupants became increasingly corrupt. They established colonies on both sides of their island by force, conquering a part of Africa to Egypt, and from Europe to Italy. Athens was the only state able to oppose its expansion. Atlantis, as well as the army of Athens, were swallowed up in a huge tsunami associated with earthquakes, in a day and a night. Plato does not give a geological explanation to this catastrophe.

During modern times, numerous investigations were conducted to try to locate this island. But scientists and historians could not agree. Several places were evoked: by Cyprus, in Latin America, in the Indian Ocean, in Antarctica, beyond Ireland, in the North Sea, in the Atlantic.

Psychiatrist Edgar Cayce (1877-1945), a convinced advocate of this legend, located Atlantis near Bikini Island in Bermuda. I thought that the civilization that lived on this island had very advanced technologies. They would have developed powerful?% Fire crystals? 9D from those who got energy. A loss of control of these crystals would have generated a disaster training the disappearance of the island and its civilization. Cayce prophesied that elements of Atlantis should appear again between 1968 and 1969.

The famous Bimini route was discovered by divers in 1968. In the shallow waters of Bikini, large rocks carved and positioned precisely to represent strange shapes. What looks like an old road was updated. Certain researchers associated these elements with Atlantis ..

The Bimini road, several meters below the water.

There remains the curious history of the orichalcum, unknown metal that made the wealth of the legendary inhabitants of Atlantis, as well as tin made that of the Phoenicians. Perhaps it was copper or an alloy similar to that of bronze in need of tin. Some spoke of aluminum that was discovered again in the nineteenth century of the Christian era.

A curious legend exists dealing with an unknown metal whose last owner of the manufacturing secret was assassinated by order of Nero, who feared that gold and common metals were devalued and their power put into competitiveness.

Atlantis, cause of disappearances of airplanes and ships?

It is said that there is a link between the repeated disappearances of ships and planes in the area of ​​the Triangle of Bermuda and the mysterious city of Atlantis possibly engulfed in that same area.

The hypotheses and legends are no longer counted. But the best known, is the one that concerns this famous?% 9Crystal of fire ?? revealed by Edgar Cayce, who would be following active in the depths of the ocean. An energy field would still be radiating from these crystals which could train the disappearance of ships and aircraft

(3) Atlantis was the Crystalline civilization. From his prized crystals he got the energy to develop all kinds of life and technology, knowledge and development.

Lemuria instead used them to increase the vibration of their spirituality and connection with the Venus Gurus.
In any case, at present it is known through geological studies that the Crystals have an antiquity of millions of years, so that within them are recorded archives and codes from the first civilization on earth, it is estimated that from Sumeria that They harmonize with our auric field and harmonize our farms because in their interior there are all the similar minerals that our physical body needs since they come from mother earth.

At the spiritual level, our auric field works with its excellent vibration stripping us of patterns of behaviors and expired belief systems, or transpersonal field.

The crystals are the tool that helps us with their resonance to recover that sacred state of our interior, they heal from the inside out, they help us listen to us and respect our field. It is the subtle non-rational energy that helps us change our pre-established patterns of life and give way to our consciousness. 75% of the Earth’s surface is composed of the same components as the Crystals, creating a synergy and geometry that affects the planet and the human being, among them are oxygen, silica, fluorine, iron, manganese, hydrogen, sodium, tin, carbon, calcium … if man receives a large part of these trace elements through his system, how are the crystals not going to resonate with him if we are part of them? Cite the MAGIC PUNTA of Spain.

THE HUMANS WERE DOLPHINS … OR WILL THEY BE?