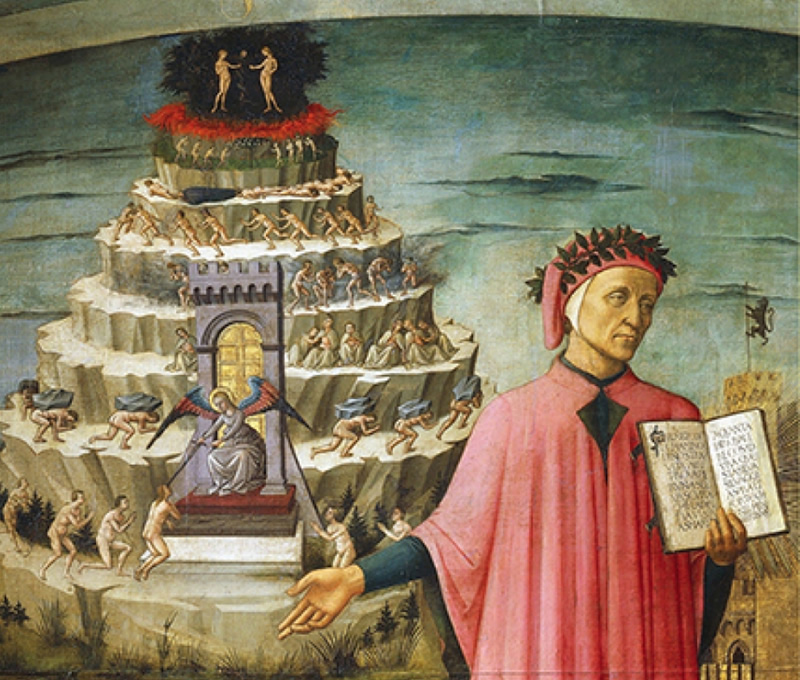 Guenon, who was a renowned scholar of initiatic theories, developed a study regarding the thoughts of the Florentine Dante Alighieri, where he wondered because of his work in general, and in particular “The Divine Comedy” (considered by some Popes as “Il nostro libro”), if he was a devout Catholic , or actually a heretic or a pagan.
The main point means accepting that one thing is religion, Catholic or any other, in its external manifestations (exotericism), and quite another is true esotericism of a metaphysical level. Since metaphysics does not support labels, “It is neither pagan nor Christian, it is universal,” says Guenon with confidence. For example, the ancient mysteries that the Greek classics studied were not paganism, for in all cases they surpassed it.
Dante would have belonged to the “Third Order” coming from the Templars, since in its final ascent to heaven in the “Comedy” he refers to St. Bernard of Clairvaux, who established the Rule of the Knights Templar.
Thus, the esotericism of Dante is explained through the metaphors of his work, where the circles or Heavens are nothing but levels of wisdom in “The ascent to the highest degree of the spiritual hierarchy.

‘Monarchy’ a book by Dante Alighieri