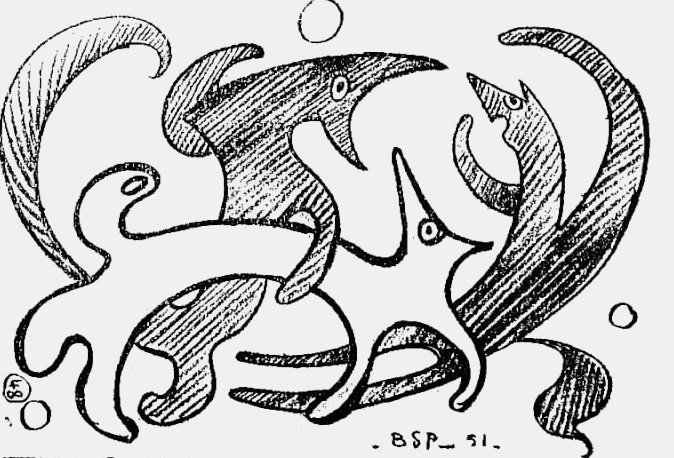 Many of Benjamin Solari Parravicini’s drawings have been lost over time, some discarded by him, but those that have endured tell of a foreseen history.  Examples such as the death of Mussolini and his mistress Clara Petacci, the atomic bomb and even the attack on the Twins Towers were depicted many years in advance.

There are more than 700 psychographs that consist of a picture and a short message by way of explanation.  They deal with all types of events such as political, social, cultural, spiritual, metaphysical, scientific, and technological; yet despite their accuracy they are not widely known.

Solari Parravicini distributed his drawings among his most beloved friends, among them, Peter Romaniuk (an Argentine researcher and founder of the Cosmobiofísico Research Institute Foundation) who preserved over 400 originals, many of which are presented in this work.

‘The Esoterism of Dante’ by René Guenon