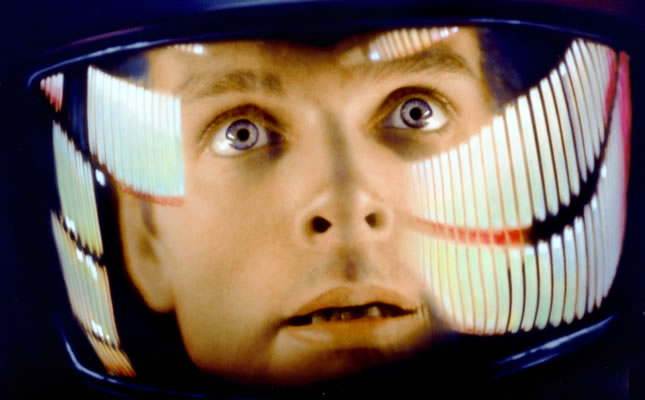 This is, without a doubt, a historical and cult film.  Filmed more than 40 years ago, this film was developed with a futuristic vision, only comparable with the stories written by Julio Verne at the end of the 19th century.

The film suggests some aspects for the viewer’s reflection while sharing the nature of other films of that era, such as “Star Wars” or “Rollerball”.

We perceive at least three clear and compelling messages.

One is the existence of some kind of “entity” represented by the monolith that appears in the beginning of the film and that produces transformation effects and evolutionary leaps in the consciousness of humanity; such as in the case of the primate “discovering the first weapon”.

The second is the notion of a never-ending fight between computers and the human race, omnipresent in numerous “Sci-Fi” works that are seen in the last half century.

The third is the presence of the fetus of a cosmic scale and his relationship with the monolith and the evolutionary leap, which presents a probable “indigo boy” or a new type of child.

For those who saw the film 30 or 40 years ago, the study of the change of the planet’s situation is revealing.  Without a doubt, it will surely be astounding for the new generations.

‘The Mayan Factor’ a book by José Arguelles

‘The Psychology of Man’s Possible Evolution’ by P.D.Ouspensky