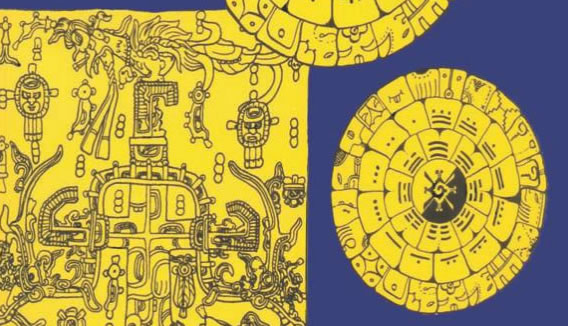 Artist, poet, visionary historian and cosmic harmonizer, José Argüelles, PhD, is recognized as a leading spokesman for using the principles of art to fight. He is an illuminating warrior in the role of art as a dynamic agent of planetary transformation.

Jose Arguelles presents one of the most important and early interpretations of thought and Mayan cosmology, about which so much has been said in recent times that were proximate to 12/21/2012.

His awakening and the discovery of his calling to understand and convey the mutation that has entered our planet occurred between 1985 to 1987; a period in which the phenomenon of the reconnection with the cosmic had reached many people, and more than once due to dramatic, personal events.

What had a great influence over him was the harmonic convergence that occurred on the 16th and 17th of August in 1987. Many people from all over the world participated, in one form or another and according to their level of consciousness, in the expression of peace and harmony on Earth (Gaia, Pacha Mama).

The author develops a deep study of the Mayan calendar; of its importance and significance for the understanding of the rhythms and the world itself.

‘A Little Light on the Spiritual Laws’ by Diana Cooper