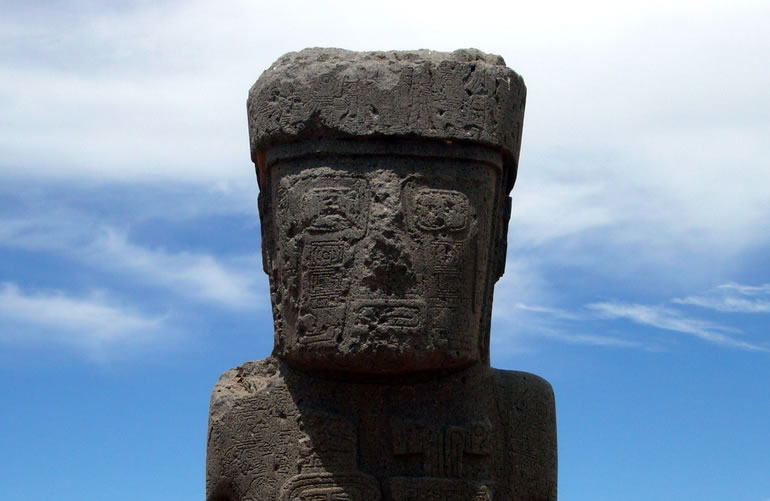 Amidst the grandeur of the ancient solitude and cosmic silence, and seen as a metaphor from the past, present and future, the Tiwanaku ruins continue to be undisturbed; guarding its ancient message.

In the Bolivian plateau located at 3800 (masl) and near Titicaca, the Sacred Lake of the Incas and the kollas, a hermetic alphabet holds the secrets of the Cosmos; an early approach about the aborigines at the center of gravity in the Bolivian Andes.

Who built Tiwanaku? Did they come down from heaven, did they come by sea, did they emerge from the earth?  The author says, “No one knows because the enigma of Tiwanaku is like a gold bracelet”.  Even with the hypotheses of the archaeologists and scientists who have studied the chronologies, the ruins continue to challenge science by not establishing how long they have been there.

In this small work of simple reading and concise chapters, the author analyzes, at times in a rhetoric manner, the fate of Tiwanaku.  It discusses its supposed extraterrestrial origins and the possibility that they were created by the hands of simple men, “small men with short legs who could cross straight through the Gate of the Sun (which was originally the Gate of the Earth), or who could live in small semi-subterranean enclosures”.