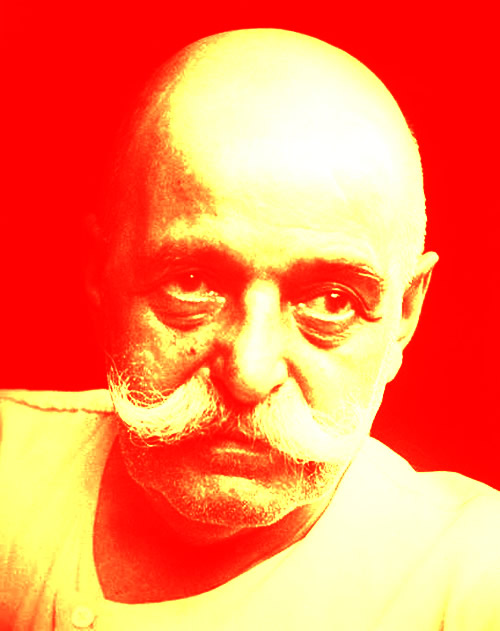 A compilation created by some of his students who attended his Institute and also participated in a series of lectures given in various cities around the world between 1918 and 1930. Discussions as they were remembered by his students that took place in Moscow, Essentuki, Tiflis, Berlin, London, Paris, New York and Chicago.

Given the broad yet profound material, each series of conferences have been expanded upon in the following different posts; shown by the participant who wrote each chapter the way he perceived it and thus transmitted it.
Gurdjieff has become well known as a pioneer of the new current of thought regarding the state of man, as was always conveyed through the ages in times of transition during the history of mankind.

A quarter of a century after his death, his name has emerged from an array of rumors, leaving him to be recognized today as a great spiritual force. As a man who clearly saw the direction modern civilization is moving towards and who quietly helped those in the West to discover the same for themselves; eventually disseminating among mankind the certainty that the Self is the only indestructible reality.

What does his teaching explain? Is it understandable to everyone? He demonstrated that the evolution of man, a prominent issue in the scientific thinking of his youth, cannot be addressed through the influences of the masses, but is instead the result of individual inner growth. Such internal openness is the goal of all religions and all paths, but requires direct and accurate knowledge of the changes in the quality of the inner consciousness of every man. A knowledge that was preserved within the places he had visited, but that can only be acquired with the help of an experienced guide, through a long self-study and with “self-work.”

Through the order of his ideas and the exercises that he often changed, the understanding of all those who drew near him opened up their minds to that of a complete dissatisfaction with themselves, and at the same time, to the vast scale their inner possibilities; in such a way that none of them could forget.

Fortunately, some of his own words remain as well as the specific instructions that he gave in conversations and lectures in the Prieuré and while traveling from town to town with his students, often in difficult conditions. These are the discussions that are contained in this book.

They consist of notes that have been gathered from memory by those who heard the conversations and later recorded them faithfully. These notes were treasured and protected with such care that the fact of their existence only came to be known gradually.

Although incomplete and in some cases fragmented, the collection is an authentic rendition of Gurdjieff’s focus on the work of the Self as was expressed to his students. Furthermore, even in these notes taken from memory, it is striking to see that despite the variety of his listeners (some were familiar with his ideas for a long time beforehand, while others were only then introduced to them for the first time) there is always the same human tone of voice, of the same man evoking in each of his listeners an intimate response.