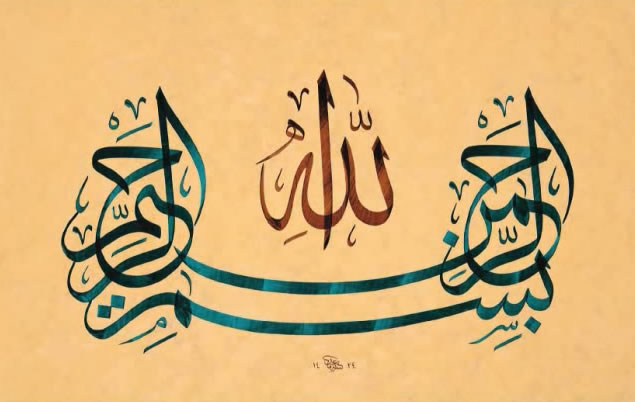 Title:Invoking the Divine among Muslims: The Salat

It is the prayer that is performed in mosques, or in any other place where a public salat can be performed. It should be announced out loud by a member of the community while the remainder of the faithful repeats it in silence.

It has a deep religious sense of calling “humanity to Islam”, where the prayer takes on a broader significance. The “salat” among Muslims requires “permission”. It has also commonly been called “muezzin”, although it is considered a Gallicism. The first muezzin was Bilal, Muhammad’s companion (Sahabi).
Being a culture so complex to the Western mind, this ritual is difficult to summarize in a few words.
“Salat” is a transcendental ritual and is one of the pillars on which the practice of Islam is based (arkân al-islâm – Five Pillars of Islam). It should be performed facing Mecca.
Its mystical sense represents the “awakening” of the body and by performing the ablutions, an emptiness is created that opens up to Allah. This can be done alone, however it is best when practiced in a group so that the “the whole universe unites with the faithful to achieve with their gestures absolute Oneness (tawhid).”
It represents the composition of the Universe, the union with the whole, and is symbolized by five special occasions: sunrise, noon, afternoon, sunset, and night.
When the faithful Muslim speaks of “going” to Salat, this implies a movement that causes a state. In a very strict sense, the term Salat as an Islamic practice signifies being consumed by the vastness. More than “prayer”, it becomes a discipline of increasing the submission to the Divine. During Salat, Muslims does not use their own words but those of Allah. Those who speak from the “self” do not immerse themselves in Allah.
Some examples of this sacred Muslim practice are found below:

Title: “The Call to Prayer (Salat) within the Church”
Link: http://www.youtube.com/watch?v=AFq5Rbcn90M

“Salat” (Prayer of the Muslim faithful)

“Salat” purifies the heart and makes it worthy of Allah. The Quran says: “Establish Salat. Salat separates the human being from dishonesty and evil.” An interesting phrase that helps to comprehend Muslim thought is the one that states: “Islam is the head; Salat is the pillar; its summit is the jihad.”
An interpretation, perhaps a bit forced for the Western intellectual, could be seen in the following phrase, even with an esoteric sense (in a good way, of course), “What is the best action?” The Prophet replied, “Perform Salat at the right moment,” adding “The five Salats are like a river that passes in front of your house and every day you cross it five times. Do you think all that water would leave any filth on you?”
The idea of the river undoubtedly emanates from purification, and coincides with Christian beliefs, for example, in the concept of “purification.”

Metaphysics in Islam
Islamic tradition contains a double essence; religious and metaphysical. The Exoteric plane is linked to the religious side of the doctrine, which is the outermost and is available to all. The Esoteric is its metaphysical plane that makes up its profound meaning, is considered the doctrine of the minority, and is referred to in Islam as “Irfan” (Gnosis) or “Tasawwuf” (Sufism). These trends in Islamic spirituality have existed since the tenth to the fourteenth centuries and reached its height in countries like Iran and Turkey. Today there are various Urafa communities or Sufi brotherhoods worldwide.
The term Irfan or Tasawwuf (Sufism) has existed long before it was given its name and is seen as an esoteric tendency within the history of Islamic spirituality. Its beginnings date back to the early days of the Muslim religion and are designated as a whole, unified and with numerous theoretical and practical components. It is a discipline that provides the realization of a manner of ethical behavior that deals with enlightenment and not rational thought. It includes the unveiling and divine contemplation and does not include logic.
The term Irfan (Gnosis) literally means knowing, yet its literal meaning specifically refers to knowledge that cannot be achieved through the senses or by reason, but is rather acquired through inner experiences and revelations.
Below is an example of a Sufi song from Andalusia:

This is the term used for Muslim mystics (Sufis) that perform a sacred dance that consists of whirling (sometimes for hours) until they go into a trance; where they are in union with the divine and with the whole.
Whirling symbolizes the orbits of the stars. On the one hand, it is an old and pleasant magic known since the ancient times of humanity, and on the other hand, it exercises the power of the sacred dance that is one of the foundations of the shamanic vision of life; the primeval human religion.
Its doctrine is based on respect, tolerance and love, values that coincide with the mystical branch of any spiritual vision that is simultaneously what sometimes separates it from the religious body, which is where in theory it belongs.
“Movement is the essence of life, and is it’s constant; from atoms to the planets and by passing through human life and its circumstances. This movement is usually circular, not just because of its tendency to complete cycles but for its tendency to the whole. Therefore if one wants to take part in the universal energy, one of the methods is whirling.”

Achieving the interpretation of the Self
On the theoretical side, the Irfan (Sufi) is immersed in philosophy and is the interpretation of the Self, that is to say, Allah, the universe and the human being. Just as in theological philosophy, it also defines its themes, basic principles and problems, but whereas philosophy relies solely on rational principles for their arguments, the Sufi bases its conclusions on principles discovered through the esoteric experience and then reverts back to reason in order to explain them.
The tools of philosophy are reason, logic and conclusion, while those of the Irfan are the heart, the spiritual struggle, purification, the discipline of the soul and inner dynamics.
For this practice, human perfection does not mean having in mind an image of the realm of existence, but is rather going back and traversing the spiritual path of progression, back to the origin of where one comes from. One must overcome the separation of distance between oneself and the Divine Essence and in the domain of proximity, annihilating the finite self in order to dwell in the divine infinity.

Sufism understands that the knowledge of Allah is complete knowledge. Everything has to be known in the light of the knowledge of Allah and from the point of view of oneness; this knowledge is derived from the knowledge of Allah.
The Sufi follower must prepare their entire being in order to reach reality “like a drop of water in search of the sea.” For this form of thinking, perfection consists of accomplishment rather than understanding; therefore it is essential to pass through various stages and seasons in order to achieve the main goal and the state of true gnosis. This is what is called the science of the inner journey.
The philosopher Avicenna developed these stages of Sufism and began saying metaphorically to the believer, “Whoever refrains from the goods and pleasures of the world, is called Zahd (Ascetic).”
The follower must make sure to comply with the acts of worship such as prayers, fasting, Quran recitation, and supplications. Therefore, “he who keeps his thoughts constantly directed toward the power of the light, so that the Real light may shine on his chest, he is called Arif (Gnostic).”
One or more of these features may appear to be combined. Therefore one can be ascetic and devout without being an agnostic, but an agnostic by definition is an ascetic and a devotee.

‘The Seven Principles of Man’ by Annie Besant

Serenade No. 13 in G major “Eine kleine Nachtmusik” by Mozart