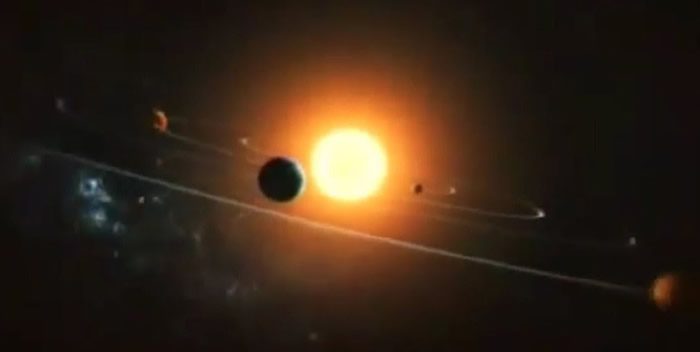 Men have always tried to reveal the mysteries of the Universe. Now we discover a series of revolutionary laws that transformed this knowledge. Our vision of the world has changed through these laws that are re-defining our reality: They are the laws of quantum mechanics.

All matter in the Universe is composed of atoms, which follow the law of probability. Conducted by the physicist and writer Brian Greene, and after an introduction about the discoveries of famous scientists like Einstein and Bohr, that led to the new and current scientific paradigm, this video shows the amazing consequences derived from this paradigm: an intertwined Universe beyond distance and time. A multidimensional Universe that transcends completely our rigid perception of linear time and the traditional Newtonian and mechanical world. A Universe where “all the possibilities coexist at the same time and appear as choices of the observer´s conscience”. Something that opens the doors to amazing things, but that are now real in the quantum physics scientific labs, such teletransportation, quantic supercomputers or free energy. A new scenario that forces us to liberate our limited vision of the world, of matter and of ourselves, to access a completely new paradigm where all the rules collapse and anything is possible in the Universe and in ourselves as observers and co-creators. A new vision of the world where the key is consciousness and the attention and intention placed by the observer, in a manner equal to the deep spirituality that the ancestral ways have been harkening and working for during thousands of years. The great gift now is that science is converging definitively with the ancestral vision of Yoga Vedanta, Buddhism, Chamanism and human spirituality in general. The long-awaited union of both sides, the left hemisphere-science-and the right hemisphere-spirituality, a union that, strangely, is known as esoterism. A powerful confluence that has facilitated and supported the huge awakening of conscience in the present world.

‘The Free Planet’ by Coline Serreau

‘Water Crystal Healing: Music & Images to Restore Your Well Being’