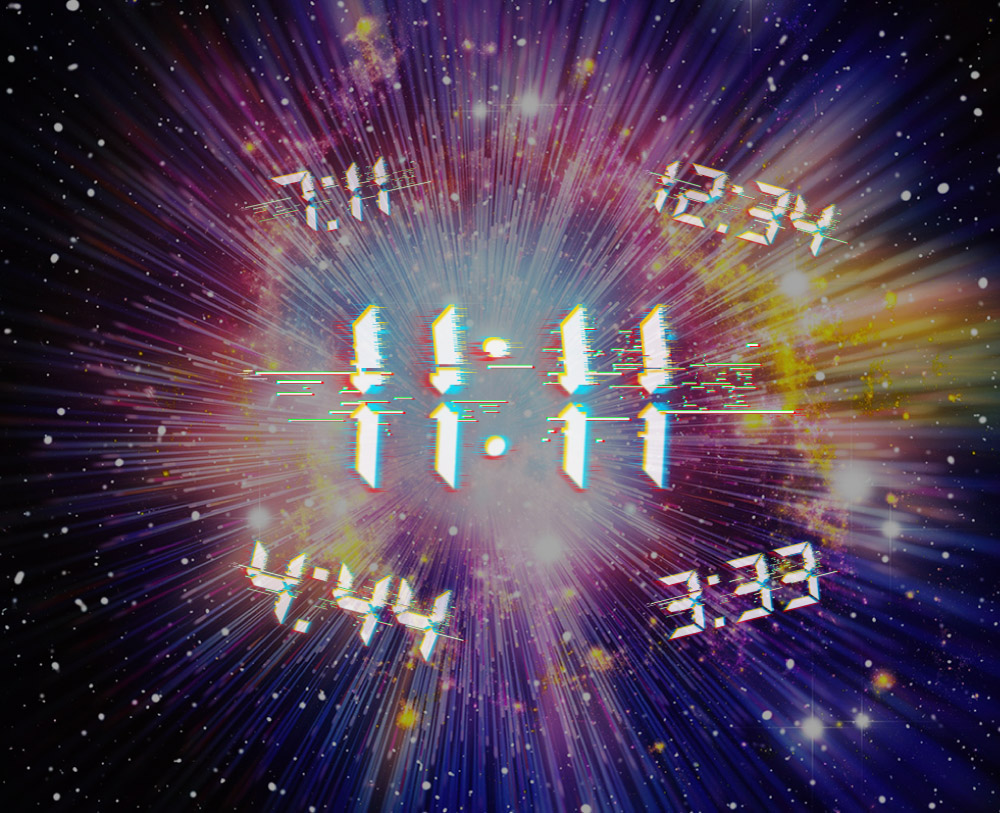 Doreen Virtue is one of the greatest experts in this topic. Through the WABBBLALOGIA, he has been able to interpret these codes and offers them freely in English and Spanish in the wen.

After a succinct explanation we will publish the segments and their meanings by segments. If it is worth saying that the community is in its RRSS populated by groups, some of more than 200,000 members dealing with 11:11, the phenomenon that implies, and all the other numerical meanings.

Numerical sequences of the Angels

Angels do “the impossible” to get our attention and communicate with us. In this way they help us to heal our lives. However, we often discard the signals they send us as mere coincidence or attributing them to our imagination.

The angels say: “We can not write our messages to you in heaven. They need to pay attention and believe when they see patterns appearing in their lives, especially in response to their questions or prayers. When they hear the same song repeatedly or see the same number sequence; Who do you think is behind that? Your angels of course! ”

Your angels often communicate messages to you by showing you a sequence of numbers. They do it in two different ways. First they subtly whisper in your ear to raise your head in time and note the time on the clock or on a phone number or a poster.

The angels hope that you will realize that you are seeing the same sequence repeatedly.
For example you can see sequence 111 frequently, and it may seem like every time you look at the clock it indicates 1:11 or 11:11.

The second way that angels show you significant number sequences is by physically arranging that a certain car with a patent number that they want you to see, is placed ahead of you on the road.

Those who are aware of this phenomenon become adept at reading the meaning of patent numbers. In this way the angels will give them detailed messages.

Here are the basic meanings of several numerical sequences. However, your angels will tell you if they have any different meaning for you.

Ask your angels what are they trying to tell me? And they will gladly give you additional information to help you decode the numerical meanings.

Continue adding the subsequent digits until you have a single digit number. Then, look at the meaning for that particular number of the previous list of number sequences that contain identical numbers (for example, 111, 222, 333, etc.)