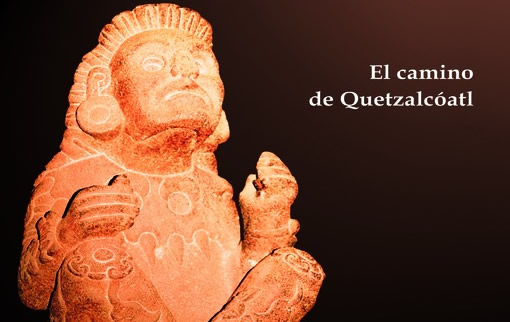 Is the world ending in 2012?  It is not, according to the Aztec calendar, which is as old as the Mayan calendar yet less known.  The calendar includes an additional 13,250 years and describes some greater cycles than those mentioned in the Mayan version.  These cycles are based on the revolution of our sun around the Pleiades, forming smaller cycles called “Suns” and each lasting 6,250 years.  During the transition from one sun to another, that is a cosmic configuration of one to the other, the influence of both suns is equivalent for a brief period, in the same way as when we move from one season to the next.  Although the dawn of the “Monkey Sun” began in 1991, the previous sun will maintain its predominance until December 21, 2012, when both energies are in perfect balance.  Therefore, the former sun will lose its strength and as of 2021 its successor will reign for thousands of years.  Although until now man has imposed its dominance over nature, under the new sun man ought to abide by the laws of nature, which in turn will lead to major changes affecting both individual and collective consciousness.  The instructions for how to deal with those changes are coming to light now and at the precise moment that the Aztec prophecies have proclaimed, through the guardians of an unbroken lineage that opens up here to the world in writing for the very first time.

This book contains many exercises based on the Aztec oral tradition, some of which are devised to provide relatively easy access to certain altered states of consciousness.

‘The Call for the Master’ by Karlfried Graf Durkheim